Duet for jackhammers, with Cream, 6 pots, steak, eggs and chips ( Warning: no wine mentioned below)

Way, way back, I worked on the soi-disant Kew Navvy Gang (KNG), for the now extinct PMG. The gang was a wild bunch of hippies, musos and dope freaks; labouring was the only work available then for long-haired guys in a very conservative Melbourne.

Mick Elliott (guitarist) and I (both smartly outfitted in blue PMG bib and brace overalls) were using a couple of jackhammers to rip up the footpath in Kew Junction for the laying of telephone cables. Nearby, smartly dressed office workers read their morning papers as they waited for the eight o’clock tram to the city. 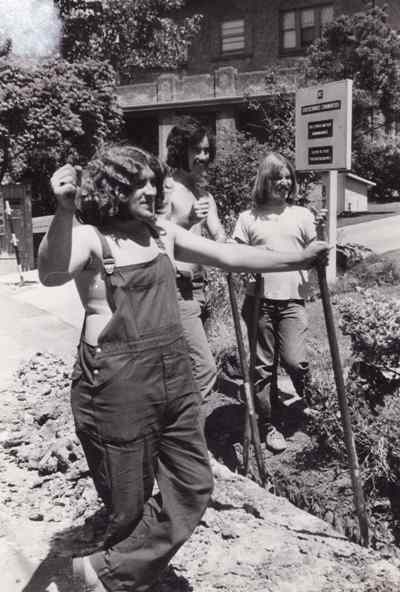 “Mick,” I said, during a quiet interlude. “Why don’t we play a duet?” (We were sort of avant-garde labourers.) END_OF_DOCUMENT_TOKEN_TO_BE_REPLACED 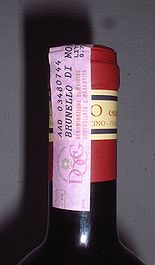 Following up on my recent noteabout Brunello and Rosso di Montalcino, I would like to add a couple of comments on the two appelations.

Brunello is, with Barolo, the top wine area in Italy. Strangely, despite climate differences, as mentioned in my last post, both wines are defined as single varietal wines, while logically only cooler Barolo should be. This is, arguably, because while Barolo has a very long history, Brunello, though created over a century ago, is a very recent phenomenon – it was almost unknown or unobtainable before the 1970s, when the vines covered barely 50 hectares (today at over 2000 hectares it has surpassed Barolo!). Brunello was recognized as a DOC in 1996 without restrictions to a single grape variety, and subsequently, when it became a DOCG, it became a Sangiovese only wine, probably a whim of the then dominant Biondi-Santi.

The incompatibility of the single varietal restriction at this viticultural latitude is demonstrated by the fact, documented by Jeremy Parzen, that according to the president of the Brunello consortium Ezio Rivella 80% of Brunello is not pure Sangiovese, but nobody says anything and the practice is “tolerated”.

Unfortunately Rivella has been demonized by italian and english journalists as well as blogging taliban meta-journalists as a bad influence on Montalcino, yet they ignore that he has been instrumental in improving Brunello in other much more important aspects. Take the vine yields, these were insanely high until a few months ago (8000 kg per hectare is not conducive to good wine), and Rivella has reduced that limit now to 6000 kg/ha, which should yield about 41 hectolitres per hectare, a respectable figure. Why did this take so long and why had no journalist latched onto this before? Because they were busy with that non-issue, the vote on Rosso di Montalcino, a minor appellation for Brunello makers to fall back on when they need ready cash as opposed to having their wine stuck in the cellar for 5 years (6 for the riserva).

The unreliability of Brunello as a single grape wine might be explained by looking at the rating of recent vintages by the consortium; note that for the last 20 years (1991-2010) only 6 vintages were exceptional and 10 were very good. The language is very interesting, instead of “eccellente” the term used is “eccezionale”, a relatively new word in Italian (one can call it a “francesismo”) that, strictly speaking, means unusual, an exception to the rule; yes, the rule is mediocre Brunello!

That leaves 4 vintages that ranged from so-so to bad – note that no vintage is rated as “insufficient”, but you would not expect a consortium to be that frank… Anyhow 2002 was definitely a very bad year, but this did not significantly reduce the quantity of Brunello or increase the quantity of Rosso; I suppose the thinking is: “the suckers, pardon, the customers are buying a label, so they don’t need to know about bad vintages, they’ll shell out the same high price even for a 2002”. A search on Winesearcher shows 2002 (a disaster vintage) and 2004 (an exceptional one) Col d’Orcia at more or less the same price, even the famed Case Basse is available at well over 150 Euro for a 2002! And please note that each of these wines goes through committee tastings before it gets awarded the DOCG label, and 2002s passed with no problems!

Logically the question should be: is it reasonable to impose 2-5 years aging in barrels, given that not every producer and not every vintage yields wines that have enough “matière”, enough quality to benefit from such aging. It is a pity because many normal vintages, neither exceptionally good nor particularly bad, would be much better with a shorter aging period. The Rosso di Montalcino would allow one to make a better wine in those less than ideal years. But few people do that, because they can get a higher price for a bottle of bad wine marked Brunello!

Since nothing can be done about the greedy nature of most winemakers, the logical thing to do in order to safeguard the quality of Brunello, in order to avoid the current situation where the bottle you buy is statistically more likely to be disappointing than rewarding, is to have the Consorzio declare the Brunello vintages (like in Champagne) and oblige winemakers to make Rosso in the other years.

Despite the unfavourable view of some respected bloggers, regarding the single grape issue, I would prefer to see at least Rosso be given the freedom to use up to 30% of traditional complementary Tuscan grapes in addition to Sangiovese. As for Brunello, instead of tolerating systematic cheating with Cabernet, it would be better to allow up to 10% of other Tuscan grapes.

For further reading I suggest the thoughtful articles by Juancho Asenjo and Eckhard Supp.

There are few three-star restaurants that have the enchanting location and the splendid views of Gérald Passédat’s Le Petit Nice. More importantly, this is one of the best eateries I have ever experienced; I would put it on a par with El Celler de Can Roca (see review). 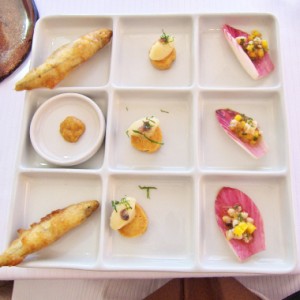 Perched high on the rocks overlooking the Mediterranean sea, Passedat towers over any other restaurant on this French coast.
END_OF_DOCUMENT_TOKEN_TO_BE_REPLACED 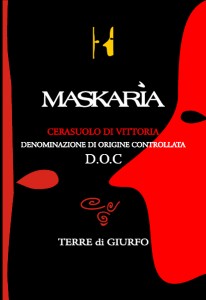 “Otsumami” appeared at the top of the menu, translated in brackets as “Appetisers / Tapas”.

And so we chose a few tapas-sized serves. First up was Soy-burned Roasted Organic Garlic. Four plump juicy cloves, caramelised to sweetness and with a mild, roast  garlic savour. END_OF_DOCUMENT_TOKEN_TO_BE_REPLACED

The typically Italian controversy currently raging over Brunello and Rosso di Montalcino is a battle between extremists. On one hand, conservatives want to keep the dogmatic principle of the single grape variety, which I hope to show is inconsistent with Tuscan tradition and penalizes those who want to make good wine in these areas. At the other end shameless opportunists are ready to perform a viticultural sacrifice by drowning Sangiovese with Bordeaux grape varieties that will leave no organoleptic trace of the Tuscan variety par excellence, to the point that it could safely be removed from the mixture altogether.

In addition, everyone feigns that the problem is limited to Rosso di Montalcino, which was created as a catch-all repository for wines unworthy of the Brunello label, while everyone knows that the real issue is Brunello, and a vote on cheapening Rosso is a test before moving on to attack the prestigious cousin Brunello… Meanwhile, a recent scandal revealed that producers in Brunello were adding cabernet, syrah and merlot, and at least one prestigious producer got caught.

I think it is self-evident that Bordeaux grape varieties will irreversibly pollute traditional Tuscan wine: it makes no sense to add them to Sangiovese, and I would be tempted to call such wines “Bordello di Montalcino” or “Cabernello”.

But to insist on 100% varietal is no less absurd, and is certainly not coherent with Tuscan tradition, rather it is an accident in the recent history of Brunello.

END_OF_DOCUMENT_TOKEN_TO_BE_REPLACED 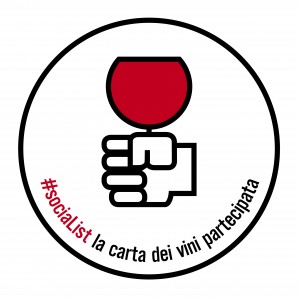 END_OF_DOCUMENT_TOKEN_TO_BE_REPLACED

Ipazzi Ristorante is a tiny new eatery in Noosa Junction, a couple of minutes over Noosa Hill from the Hastings Street resort strip. It is fast gaining a reputation as the best Italian restaurant in town.

Ipazzi, Ruby explains, means something like “We’re crazy!” Ruby runs everything front of house and Fabio, her husband, is chef.

The narrow room features well-separated small tables and is all red and white checked tablecloths with candles burning in old bottles. It looks like a full house would max out at 25 covers.

Fabio, I learn, prepares house-made pasta each afternoon and the choices on our menu are fettuccine, spaghetti and maltagliati. END_OF_DOCUMENT_TOKEN_TO_BE_REPLACED

A French blend of dark rum from the islands of Martinique, Guadeloupe and Réunion. Light tea hues. Aromatic nose, molasses predominant. A smooth, medium-weighted style; not as medicinal as some dark rums. Well suited to mixin’ rather than sippin’ straight.

Adelaide Hills and McLaren Vale, South Australia; Semillon / sauvignon blanc blend; 8% alcohol. Sounds more like something itchy you’d go to the clinic for than a sweet white wine. Bright gold. Nose of passionfruit and zest of Seville oranges. Palate is smooth and viscous, laden with flavours of marmalade and rich apricot sauce. At first it tastes indulgently sweet but any hint of cloying is offset by upfront citric acidity. (Re net censors – insert *U above.) END_OF_DOCUMENT_TOKEN_TO_BE_REPLACED