Noosa attracts more than its fair share of visiting winemakers and most recently Margaret River winemaker, Vanya Cullen presented her wines to the locals. The occasion was a degustation dinner at Sails Restaurant, where I was able to chat to Vanya before guests arrived. 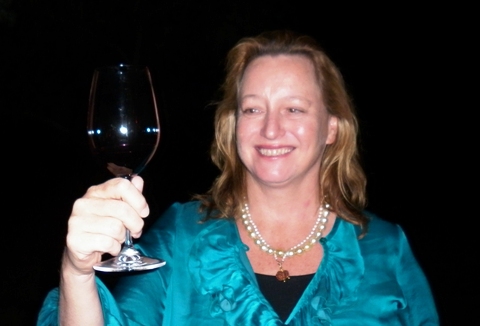 Cullen Wines not only has a reputation for superb, long-lived wines but also for its “green” credentials. Since its establishment over 40 years ago the company’s winery and vineyards have achieved certification as being organic, biodynamic and carbon neutral. A trifecta perhaps unique in Australian winemaking.

“Why green? I asked Vanya.

“In the late 1990s my mother and I could see that the soil and vines were not that healthy. Intuitively we went towards organic viticulture and noticed a big difference within a year. We became an Australian certified organic property in 2003 and at the end of that year we went to a biodynamic workshop. It’s a way of farming that integrates the movement of the planets and homeopathic remedies that were described by Rudolph Steiner.”

I asked Vanya how she reconciled those beliefs with scientific winemaking. “I don’t,” she replied. “I think it’s about experience and intuition. We use science and technology in the winery; but there are some things you know because you have been there. We have observed since being biodynamic that fruit quality and soil health is definitely better.”

Finally, I asked Vanya what style of wine she preferred. “Wines that have a sense of being weightless; not heavy and thick and alcoholic, Wines that have balance, complexity, depth of flavour and length. And of course every great wine has to have something that is a mystery.”

This article was first published in Noosa Today, on 14 September 2012.