Years ago I worked in London as the sweet-smelling* gofer for the chief alchemist of the French Perfumery Company. The job was going nowhere and I was available for other employment.

Luckily, a friend of mine, bass player Jim Rodford, offered me the job as road manager for soul outfit Lucas and Mike Cotton Sound (MCS). (Jim it was who had introduced me to Paul McCartney in the loo of the Bag o’ Nails. Those were the days my friend.**) 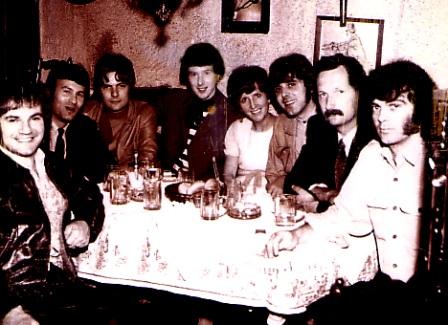 During my time with the MCS, the band had a residency for a few weeks at a club known as the PN Hit House in Munich. Named after the owner Peter Naumann it was situated in Leopoldstrasse, in the bohemian area of Schwabing. END_OF_DOCUMENT_TOKEN_TO_BE_REPLACED