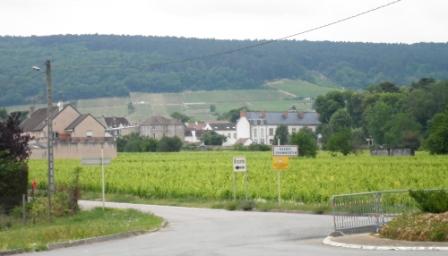 After wandering around the quiet and ancient village we finally find the establishment of Domaine Pierre Naigeon, where it’s time for a glass or two of pinot noir with winemaker Pierre Naigeon himself.

Pierre, fifth generation winemaker for the family firm, makes 36 different wines from some 11 hectares of unirrigated vineyards – a total production of around 40,000 bottles per year. He also makes wine in Australia’s Yarra Valley, Mornington Peninsula and Barossa Valley.

I ask him why Burgundian reds are so different from Australian Pinot Noir. “Climate and soil!” he answers decisively, “It’s very cold here for most of the year and the vines grow on rocky limestone soil. This combination creates a natural acidity that you don’t have in Australian wine.”

He guides us to a chilly underground cellar and proceeds to demonstrate the importance of terroir, offering 18 barrique samples from different appellations of the 2010 vintage. 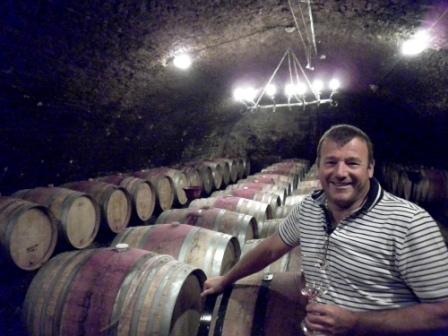 Given that the wines are vinified in the same way and come from the same varietal, in a comparatively small region, I expect them to present a sameness of style and taste. But I’m pleasantly surprised, not only by their evident finesse but also by each wine’s distinct individuality.

Like many Australian wine drinkers I tend to scoff a little at the notion of terroir but Pierre convinces me that, in Burgundy at least, terroir rules.

The Gevrey Chambertin Les Perrieres is a nicely balanced style with loads of strawberry and cherry fruit and a hint of mocha at the finish.

Grand Cru Appellation: Mazy Chambertin. A solid, substantial style with hints of dark cherry and undertones of citrus and minerality at the finish.

Charmes Chambertin. Concentrated berries on the nose have an almost smoky edge. The palate is youthfully fruity yet at the same time savoury, with a distinctly firm finish. One to cellar for 20 years and more.

Following this sensational session Pierre can’t recommend anywhere locally to eat, so we head back to Dijon.

Note. The first literary reference to Burgundian wines dates from the fourth century AD, but grapes have been grown in the region since long before.