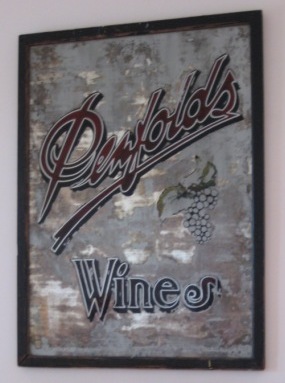 After years of writing about wine I recently visited the Barossa and Clare Valleys for the first time.

Just three days in the Barossa and one in Clare was far too short a time to do the area justice but we popped around the vineyards in a disorganised fashion and tasted a fair number of fine wines.

As I discovered, the Barossa is a series of small towns spread out over mostly flat plains, the populated areas separated by numerous historic (and new) wineries and gnarled vineyards.

The Clare Valley is more linear, with the wineries somewhat hidden among rolling, wooded hills to either side of the main roads.

Wineries in the region range in style from historic buildings that are part of Australia’s historic oenological fabric, to ultra-modern facilities worthy of designer magazines. Some are a mix of both. Wine prices were mostly brilliant value for money, though occasionally we came upon a list that required a quick call to our mortgage broker to see if we could borrow against the house for a dozen.

And no, it wasn’t a junket. I was asked somewhat disparagingly by one Clare winemaker (not mentioned here) whether I was yet another wine writer on a junket. (I assume there is a constant stream.) Nope, I told him, I paid for all travel and accommodation.

A few of the highlights.

Penfolds – Nuriootpa. As it happens, the first ‘serious’ wine I ever bought was a mixed dozen of Penfolds bin reds, most of them sourced from the Barossa. So it was illuminating to see at last the winery and the vineyards mentioned on the labels I’ve become so familiar with since.

Not far out of Nuriootpa, visitors can drive past the Kalimna vineyards, including the 100 and something year-old vines of the renowned Block 42. Kalimna (a local Aboriginal word meaning “Pleasant View”) provides fruit for, amongst other wines, Grange, RWT, Bin 707 and rarely released Special Bin wines. 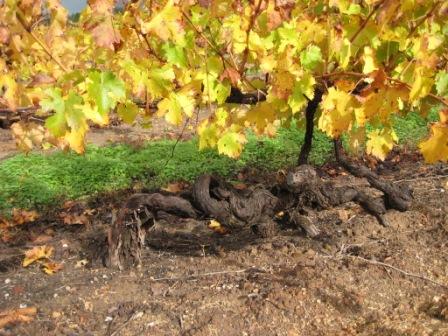 In Nuriootpa (where we stayed) Penfolds have a massive winery complex where visitors can sample a variety of commercial release and cellar door wines, and for a fee, taste the super premiums and even blend their own.

When you do visit look out for the glass-staining, 2007 Penfolds Cellar Reserve Barossa Valley Sangiovese – dry, powerful, with persistent tannins and a complexity driven by wild yeast fermentation.

Sevenhill – Clare. I first tasted Sevenhill wine as an 11 year old altar boy, trying a sip before mass. Back in those days only priests and sneaky altar boys got to try the slightly sweet fortified wine. Can’t say I enjoyed it, but my palate was immature and maybe my tasting was coloured by fear of eternal hellfire. 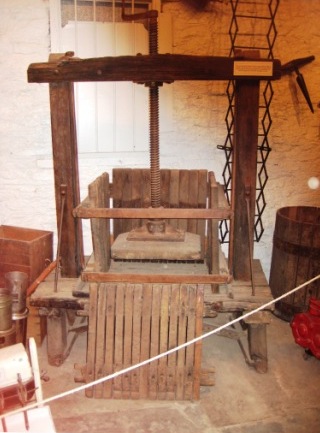 At the Jesuits’ Sevenhill winery, general manager Neville Rowe (who bears a spooky resemblance to Jesuit founder Saint Ignatius of Loyola) showed us around. He told us that the winery began its long tradition of making sacramental (altar) wine in 1851 and to this day a third of its production is used in churches across Australia. Profits from wine sales, he said, go towards the Jesuits’ community services. 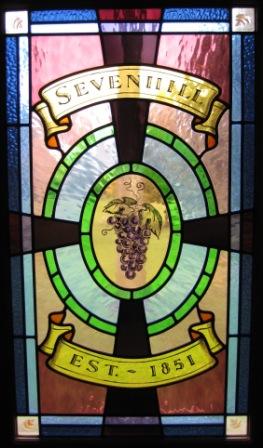 A wander round the property will take you to a broken down cottage where Mary MacKillop once stayed after her archbishop threatened her with excommunication. On 17 October 2010, Mary MacKillop will be canonised and to mark the occasion, Sevenhill will release two St Mary MacKillop wines, a shiraz and a semillon / sauvignon blanc blend.

As well as sacramental wines I tasted a wide range of Sevenhill’s dry whites and reds and fortifieds – all, I should add, sold at relatively modest prices. Check out their chocolatey 2006 Inigo Barbera and the perfumed 2009 Inigo Verdelho.

Maggie Beer – For an interlude we enjoyed a morning coffee overlooking the lake at Maggie Beer’s Farmshop just outside of Nuriootpa. There was a peacock wandering around, ducks on the water, pheasants in their sheds and Maggie herself fluttering round with a couple of journos in tow, like a fussy mother hen with her chicks. All her products, I was happy to see, were available to taste before you buy. 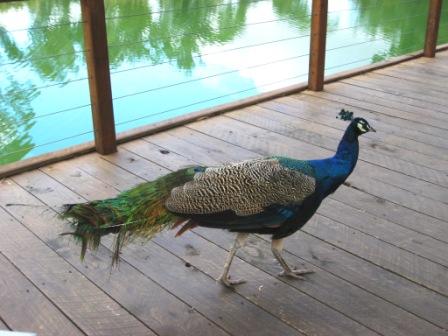 Lou Miranda Estate – Rowland Flat (Pop.80 said a sign). A family run winery and restaurant complex situated amid 100 year old vines. The reception here is warm and hospitable, the style is more Rustique than Vogue and the wines are solid and earthy.

Yalumba – is billed as Australia’s oldest family owned wine company and it’s a label I grew up on – in a wine drinking sense.

A trail of empty Yalumba bottles stretches behind me over the years and numbered among them are Pewsey Vale rieslings; Signature Blend reds – the 1967 Rudi Kronberger comes to mind as a great example; special bottlings like the 1974 Christobel’s (alias FDR1A) cab/shiraz; Galway Pipe Port; and in recent years, the classic Virgilius Viognier and the classy, value for money, ‘Y’ Series reds and whites. 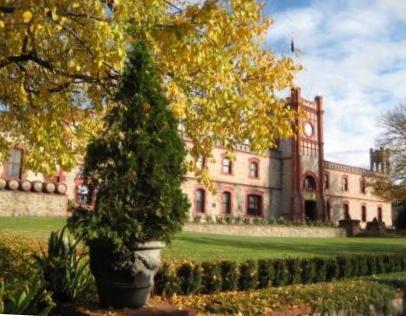 It’s easy to get lost trekking around Yalumba’s halls, byways and grand old structures. Worth a good look are the working cooperage and the large cellars, where not only archival Yalumba bottles are stored but also priceless European treasures – such as an 1889 Chateau d’Yquem. 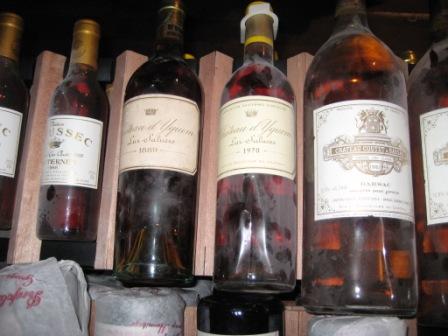 After our daytime tour of Yalumba, we ended up as ring-in guests at their Negociants annual dinner. Among the wine luminaries and winemakers we sat with was the charming actor/vigneron, Sam Neill. Sam proudly pointed us to his Two Paddocks Pinot Noir on the table – Lucy asked him if it was a BYO function. His wine, as my old man used to say, wasn’t ‘alf bad. 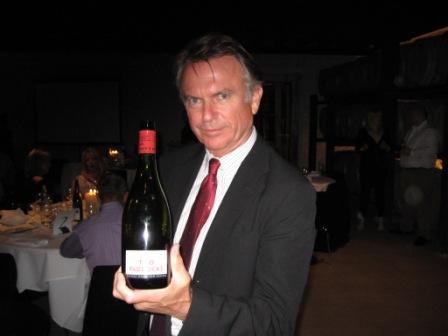